kübra is one of our youngsters, and she lives in our kennel.
she is a beautiful elegant bitch, with a friendly and stable character.
Kübra is all we want to see in a dog, strong in body, good topline, long neck
good angulation, but everything with elegance!
Together with her brother Jackson she was class winner, at the Amsterdam Winner show, wat gives her the new title Youth Winster 2015 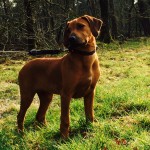 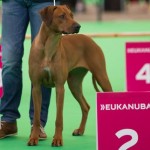 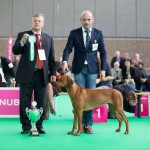 Tanout (aka Fay) lives with Gonda and Luca in Friesland.
Fay is their 2nd ridgeback from our Ridgevalley kennel.
Fay live together with Mas, he is the full brother of Farouk, and the two together have a great time in Friesland.
Fay is a copy from her mother Ruby, they are almost identically the same.
Fay has a very good character, as a puppy she was very dark in her coat, but she has grown into a beautiful young lady with a good body.
Fay has a dubele ridge on her back. 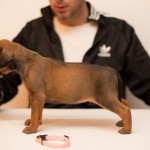 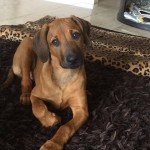 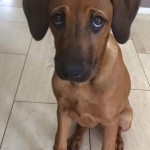 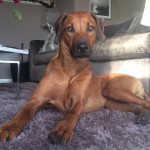 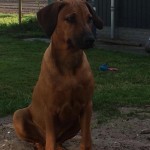 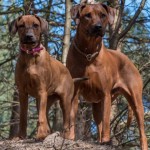 Jackson is a young male who lives together with François and Priscilla
Jackson is a stable male, with a good topline, nice angulation, good front and good movement,
We are very proud of this boy and his owners, Jackson is their first dog together, and they have done a good job, they have brought up Jackson to a very good and stable boy.
Jackson has several times enter the show ring, with good reviews.
Before his first year he already had two titles, Dutch youth champion 2015 and Junior Winner 2015 at the Winner show the Amsterdam.

We are very happy with his achievement, and we thinks this boy will bring much more in the future!! 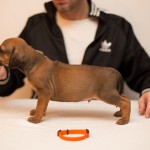 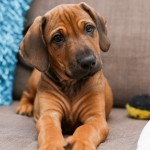 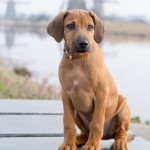 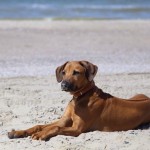 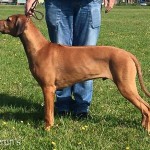 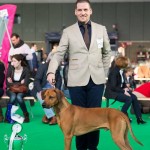 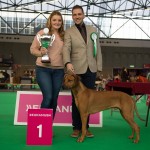 Mackay is our first born baby of the litter between Ruby and Farouk.
From day one, till now he is happy face ever. Mackay lives with Piet en Ingrid (kennel Of Bokama) and is one of our show dogs.
He is strong in body, good angulations, nice topline and a good front.
Mackay needs more time to know he is not a puppy anymore, we give him that time.
For now we let him in his value that he is Mr ever happy face,, We love him!! 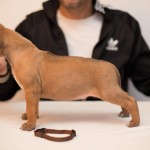 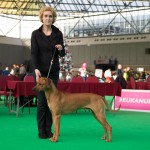 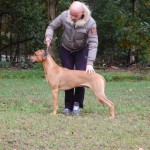 Kibo is a beautiful male, with a good and strong personality, he is not dominant, but very smart.
Kibo needs a boss that clearly gives order of priority and is very consistent in what is allowed and what not.
3 weeks after birth we saw that kibo had three crowns.
He was one of our best males but by that third crown he would not sell as a show boy.
Upon his strong personality we knew Kibo needed a boss even with this strong personality.
So we met the Family Schep, they knew how to deal with a dog as Kibo, and we knew that they would be the best family for Mr Green.
For us it is very important to have a good match between dog and owner.
The match between Mr Green and the family Schep is the best we have ever make !! 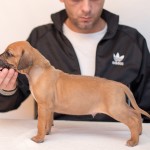 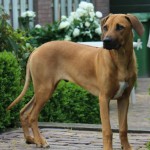 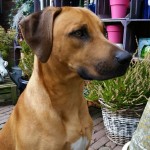 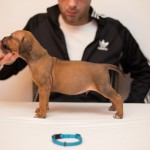 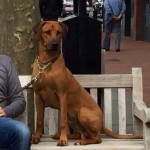